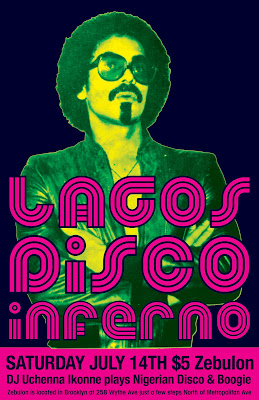 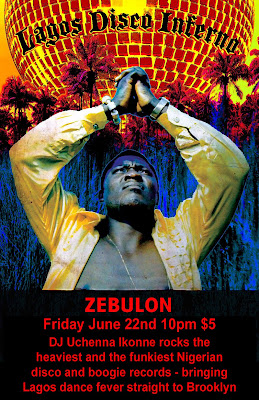 So he said it's "decent"... Could be better, I guess, but it's still better than sucking. 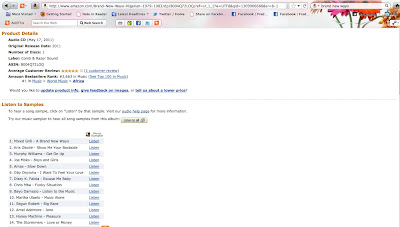 I've been largely computer-impaired for the past two weeks, but even before that I had started slacking on the upkeep around here for a while. I've been too busy working BRAND NEW WAYO (still on sale everywhere) and I will not rest until every man, woman and child on the face of the earth has a copy!

(And I guess this is as good of a time as any to throw a shout to everybody who has shown support so far... I am so grateful for all the positive vibrations. And very special kudos are due to all who stormed Amazon last week and made BRAND NEW WAYO the #1 BEST-SELLING AFRICAN ALBUM ON AMAZON.COM!!! (click on image above)* I feel like I should come over and clean all your houses or walk your dogs for you or something. But for now, please just accept my deepest heartfelt thanks.)

The whole promotional circuit can be pretty exhausting and, truth be told, kind of monotonous, but it's part of the game and it's got to be done. Anybody can make a record with relative ease (especially these days) but it's working that hustle muscle to win it a spot on the map that separates the boys from the men! What sucks about doing promotion in this brave new social network-centered world is that so much of it ultimately becomes a long series of distractions from the actual production of your work. As such, the second Comb & Razor Sound release that I was hoping to get out by the end of the summer probably won't hit the shelves until October or so. I think it will be worth the wait, though...

(Believe me; I know that a lot of my readers are not necessarily into the glossy boogie sound that I chose to spotlight on my first release but have still decided to show support. To them I say, hang in there a little longer; I think the next release might be more to your taste!)

I've been doing my little thing, though. I guess many of you may have heard my appearance (alongside the brilliant Gbubemi Amas) on NPR's esteemed All Things Considered program? That, at least, was a joy to do rather than a grind... even though through some freak mischance (and my own boneheadedness) I missed the original scheduled taping of the show, and then while I was trying to reschedule I got the news that Christy Essien-Igbokwe had passed away, which broke my heart in ways I still can't fully verbalize.

But alas, life marches on... and I think you'll agree with me that it's about time I get this blog back in shape. All my recent--and far too infrequent--updates have been about plugging BRAND NEW WAYO (still on sale everywhere) but I need to get back to doing what brung ya here in the first place: delivering fresh music on a (semi-)regular basis and blissfully free of charge! As I explained before, my old hosting service expired and we lost all the files that had been posted in the past but I'll try to re-up them on the new one.

That reminds me: The sleeve liner of BRAND NEW WAYO (still on sale everywhere) and a few other promotional materials (including the commercial spot) list the website of Comb & Razor Sound as being dubya dubya dubya combandrazorsound dot com. However, I I'm going to have to ask you all to ignore that.

I registered that domain (or thought I did) in a period of protracted sleep deprivation, while scrambling to finish the liner notes and get them off to the printer. After the vinyl hit the market back in January, I went back to start building the CombandRazorSound site to discover that (silly me) I had made a typo that resulted in me actually registering a slightly different domain name. And someone else had grabbed CombandRazorSound dot com.

Now, I'm assuming that whoever bought that domain name is someone who saw it in the Brand New Wayo liner notes, since that was one of the only places it was published at the time. As such, I'd think they're probably a fan (like Prince, I prefer "friend") of the blog/label. So I'm telling myself that such a "friend" probably went to check out the site, found the domain unoccupied, and secured it for me to prevent it being snatched by predatory domain hijackers.

That's what I choose to believe. Because I prefer not to think that such a "friend" would buy the domain name in order to extort me. Because if I thought that was what happened... Well, I would I guess I would tell that "friend" to enjoy the domain and pack a hearty lunch if they're waiting for me to pay up. Because they're going to be waiting for a long time.

So. Onward and upward. CombandRazorSound.com is dead and from now on the official site of Comb & Razor Sound is www.combrazor.com. That URL redirects to this blog for now but in the coming months, a new site will rise from the ashes. (CombRazor is a lot less cumbersome than CombandRazorSound too... Don't know why I adopted that in the first place.)

Okay, I've rambled enough for now. Y'all have a good weekend and next week we'll get into some music and other stuff.

EDIT: If you are on Facebook, please "like" the Comb & Razor page, which replaces the old Comb & Razor Sound group. (I remember mentioning this before, but somehow it didn't show up in the post... Did I delete it by accident? *shrug*)

I just got in to the office after a morning misadventure of comically tragic proportions (more on that later). I opened my email and this was the very first news I got.

I'm shaking so much now I can barely type.

I'll talk about this later.