Afrikan Boy - "One Day I Went To Lidl"

I certainly do not endorse shoplifting in Lidl, ASDA or elsewhere, but I think I am quite feeling this track (and broke-ass homemade video) by Afrikan Boy.

Afrikan Boy is the youf who featured on the song "Hussel" off of M.I.A.'s Kala; I think the kid's got a future.

It's refreshing to hear a UK-based Nigerian rapper repping in something of an authentic Naija voice--Yeah, yeah... I should probably know better than anyone that the phrase "authentic Naija voice" is pretty nebulous, and a slope we don't want to go slipping down. But I guess what I'm saying is that unlike a lot of Nigerian rappers in Jand (and even many back home in Nigeria) Afrikan Boy does not seem to draw too heavily upon the vocal approach of American hip-hop or even Jamaican dancehall and ragga. Likewise, he doesn't "ovah-Naijarize" the thing too much like a few MCs in the Diaspora who crank up their Nigerian accents to the point of parody.

His flow is rudimentary and occasionally awkward, and sometimes his rhyme sense misses the mark by miles, but I hear the seed of something original there. The cadence and repetitive end-rhymes create an inbuilt call-and-response that brings to mind Nigerian nursery rhymes and children's songs like

And then there's his style of humor, the subject matter and references he makes, even in his tossed-off metaphors ("out there we are grinding like pepper")... I hear him laying down building blocks with which to build an authentic, original Naija rap style that doesn't ape international trends.

(Mind you, I am by no means suggesting that Afrikan Boy is the only Nigerian rapper doing this, but for whatever reason I find myself especially appreciative of his efforts.)

"Made in Nigeria" Part 4 up on Boogieheads Radio 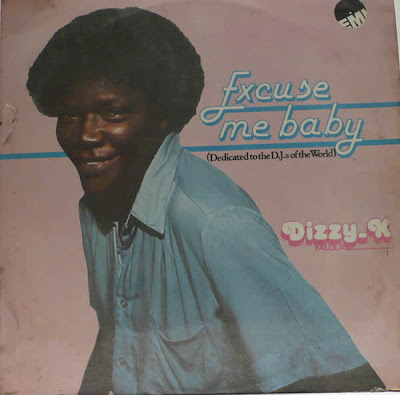 Of course, y'all already knew that because you already subscribed to the podcast, right?

Boogie and funk sounds from the 1980s this time. I mentioned before that I previously did a post commenting and giving some background on the songs obafunkie jR played on the last 80s special, but I never posted it. I'll try to do that later this week (I've barely posted anything at all in the past two weeks, huh? Yeah... been kinda busy, unfortunately). I'll probably do the same for this episode, I guess. Eventually.

Email ThisBlogThis!Share to TwitterShare to FacebookShare to Pinterest
Labels: Frivia

*sigh* I never get tired of watching A Soldier's Story

The whole ensemble in this 1984 flick is so on point (especially the young Denzel Washington and the woefully underrated Howard E. Rollins, Jr.) but Adolph Caesar's performance as Sgt. Waters is just on a whole 'nother level altogether.

What a masterfully nuanced portrait of a tortured, complicated man, dripping with menace and pathos!

Email ThisBlogThis!Share to TwitterShare to FacebookShare to Pinterest
Labels: Cinema

I meant to write a proper post today but I didn't really get the time. Still, I didn't want this day to go by without me posting something. How about some Brazilian pop from the 1970s? 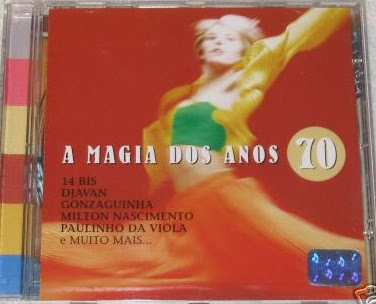 Yeah, I know; incredibly crappy picture. I don't have a scanner and I couldn't find any good pics for this compilation online.

The picture doesn't matter, though... It's all about the music here, and this is a pretty decent (if somewhat MOR) overview of the decade, with samba, forro, Phillyesque soul (listen for a guest spot by Brasil Soul Brother No 1 Tim Maia on Fabio's "Até Parece Que Foi Sonho"), funk, rock, and even a track from Os Mutantes' beardy prog-rock phase after they kicked the chick out of the band for not being beardy enough! Iê Xango! You even got MILTON on there!

Email ThisBlogThis!Share to TwitterShare to FacebookShare to Pinterest
Labels: Back in the Day, Musica Popular Brasileira

New "Made In Nigeria" special on Boogieheads Radio! 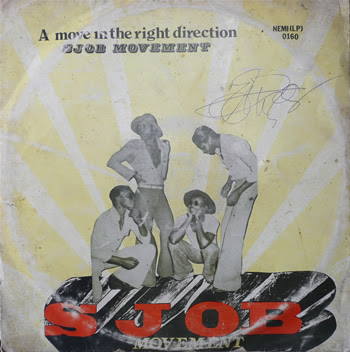 obafunkie jR is a London-based DJ/record collector specializing in funk, "modern soul" and most especially (as the name would suggest) boogie music. Over the past several months I've greatly enjoyed checking out his online radio show/podcast (especially since I've been getting back in touch with my own boogie roots after many years of basically repudiating my sordid Eighties history).

Do I hear you ask, "But Uchenna, what nature of fish or fowl is this 'boogie music' of which you speak?"

No? I don't? Well, a couple of people have asked me this question lately, so I'll just go ahead and answer it here anyway.

"Boogie" is one of the names casually applied to the post-disco R&B that emerged in the late 1970s as the disco craze--already alienating black audiences with its deracinated take on funk, musical facelessness and campy excess--was succumbing to the massive backlash that would force it back into the underground. In boogie, the disco's frantic robot gallop was slowed down to more relaxed and organic bounce, usually anchored by sumptuous basslines (often with a dash of slap 'n' pop) and bristling chicken scratch guitar. Basically, think of something like, say, "Boogie Oogie Oogie"

and you're on the right track.

This style, which held sway until around the mid-80s when the machines took over completely, was occasionally also called "street music" or "roller-skating music"--as roller rinks started replacing discotheques as the primary centers for social engagement and dancing in black neighborhoods. In the UK, it was sometimes called "two-step" because (I assume) with its upbeat and downbeat groove, with two accented "on" beats beats per measure, it stood in marked contrast to disco's relentless "four on the floor." This is the sound that was hot when I first really started listening to the radio and actively digging music. In Nigeria, we mostly still called it "disco," though.

Speaking of Nigeria, obafunkie jR is also extremely knowledgable about the funk and boogie music that came out of that lively nation in the 1970s and 80s, and he just returned from from Lagos after a summer spent excavating precious nuggets of vintage vinyl. His latest show is part 3 of his ongoing "Made in Nigeria" series. (The last installment, dedicated to the "Soundz of the 80s" actually inspired a blog entry I wrote a few months ago but never posted... I think I'll put it up tomorrow.)

Check out the latest show at Boogieheads dot com and by all means, subscribe to his podcast, he plays some killer stuff.